A little about The Troy Motor Boat and Canoe Club.....

The Troy Motor Boat and Canoe Club is located on the eastern shore of the Hudson River across from Peebles Island and the Waterford Terminal Wall.

In late Fall of 1910, a club charter was drawn up at a meeting held in Troy at the home of Orville E. Bosca. Sixty-three members from Troy, Cohoes, and Waterford affixed their names to the charter list after qualifying by paying their six month dues in advance. The sum secured, was used for immediate rental of the lot at the corner of 21st and 1st Avenue in Troy, and construction of a runway, building, and launching and retrieval system for boats. At this meeting a set of officers were chosen, Orville E. Bosca was chosen to be commodore, and Thomas Ward, Charles Rich, the Honorable F. C. Filley, Alfred Judkins, and Milford Baxter were selected as trustees. Warren Pine who was a member of the club offered the use of a building until the club's was erected and ready for occupancy. Up until this time, Troy had no yacht club for a number of years and Cohoes and Waterford were in the same position. An increase in pleasure boating, led to more than 200 motor boat owners, 350 canoeists, and a number of steam yacht owners in the upper Hudson area, all enthusiastic about the formation of the new club. On Feb. 7, 1911 the club was officially incorporated, stating the purpose of the group to be for "the development of aquatic sport, the advancement of motor boating and canoeing, and for the general recreation of its members."

The Troy Motor Boat and Canoe Club takes its history seriously, still using a circa-1918 motor to power its rail-based system for launching and retrieving boats from the river. The rail and cradle boat launch system is unique to the club and is used for dispatching and reclaiming boats, which range in length from 21 to 36 feet and weigh 5,000 to 16,000 lbs. The club still uses the oldest electronic powered motor, for powering the launch and retrieval of our rail-based system. It is a classic example of the ingenuity of the early members of the club. The tradition and mission continues 100 years later.

In 2008, the club modernized its main building with a $150,000 renovation, expanding the club house, construction of a new bar, a WI-FI computerized system with large screen digital projection, and an enhanced HVAC system.

Made up of a cross-section of individuals ranging from company CEOs, to craftsmen, to machinists, the club has always been decidedly "blue collar," billing itself as a working club, where full members are expected to pitch in with cleaning, grounds maintenance, loading and retrieving boats, maintaining docks and other duties. A mutual love of the water and the desire to promote the use of the river makes for a tight-knit community. A lot of work goes in to running the club, and the group's selectivity with its membership ensures that it will remain a success for years to come.

In the News... Mohawk Hudson Council of Yacht Clubs 2014 Change of Watch 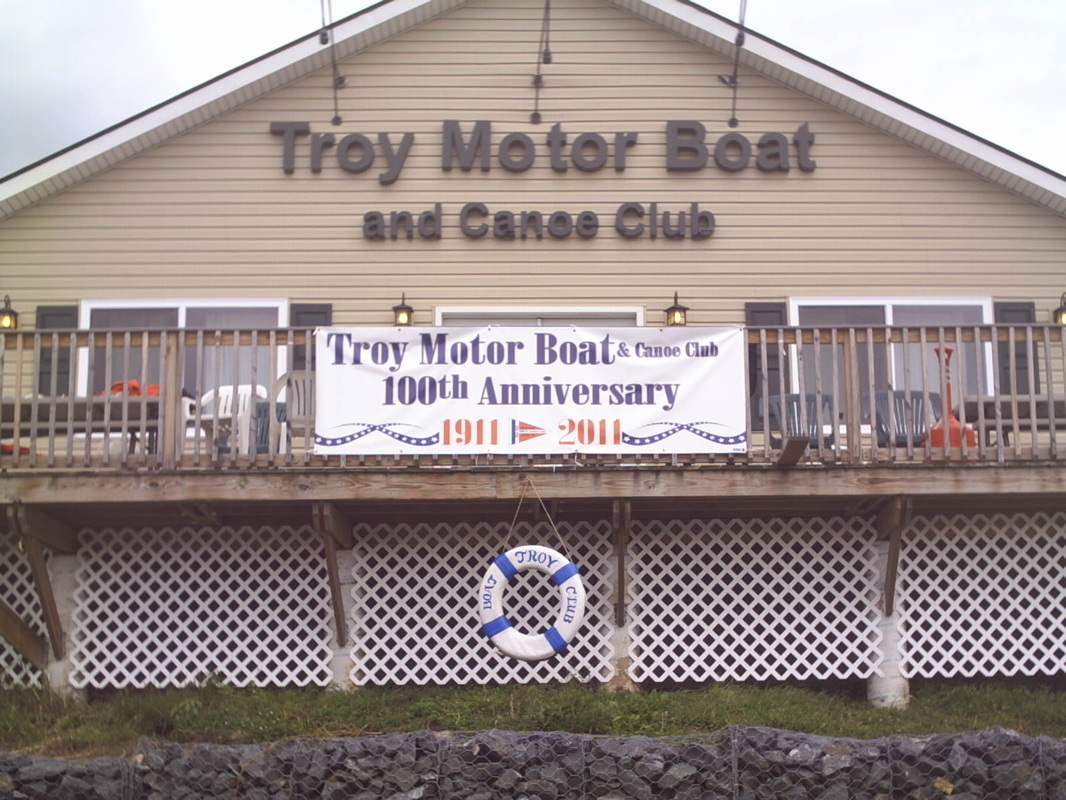 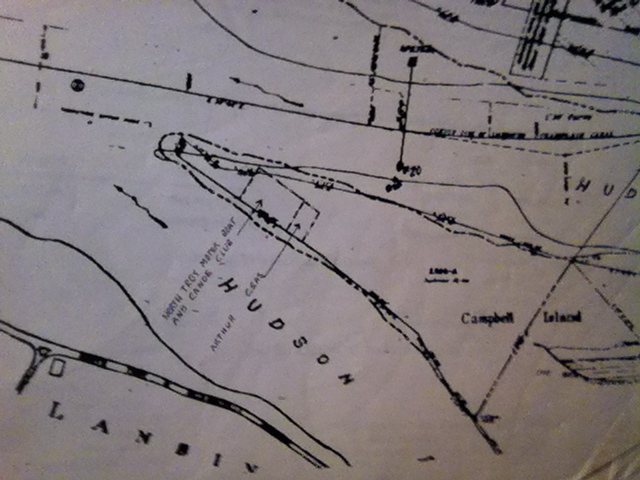 On June 14, 1991, the Commodore of the Troy Motor Boat and Canoe Club at that time, James Klein, signed an agreement with the State of New York leasing Campbell Island. At a rate of $450 per year, the Club was permitted and did erect a portable shelter, dock and picnic area for use by the Club's members. With the parcel no. 2596A in Rensselaer county the lot of land is described as the southerly tip of Campbell Island in the town of Schaghticoke. Club members enjoy the use of Campbell Island during the boating season for both special events (such as the Club's Island Party and Lazy River) and quiet weekend getaways.